The Twenties, or the Roaring Twenties, as they are known in America, had a distinctive name in Paris—les Années folles, or, roughly translated, the Crazy Years.  This era began after the war’s end, in late 1918, and continued through the decade, until brought to a halt by the Wall Street crash of 1929 and subsequent world-wide depression.

These years, stretching scarcely over a decade, saw great change on almost every front, from art and architecture to music, literature, fashion, entertainment, transportation, and, perhaps most notably, behavior.  Most of what appeared at the time to be revolutionary had roots that went back to the war or even the prewar years, but these trends fully flowered—and drew the most notice—during the postwar decade.

Readers of my previous books on Paris—Dawn of the Belle Epoque and Twilight of the Belle Epoque—will recognize many of the cast of characters, including Gertrude Stein, Marie Curie, Jean Cocteau, Picasso, Stravinsky, Diaghilev, and Proust, as well as Clemenceau, Sarah Bernhardt, and Claude Monet.  But others now make their appearance, most notably Ernest Hemingway, Coco Chanel, Cole Porter, Josephine Baker, and Le Corbusier, in addition to Jean Renoir, Man Ray, Sylvia Beach, James Joyce, and Kiki, the famed Queen of Montparnasse.

Photography and cinema were the new vehicles for artistic expression during these vibrant years, but the era’s innovative spirit also fostered the more traditional art forms as well as high-decibel factories run by entrepreneurs such as André Citroën, Louis Renault, and the Michelin brothers.  The hard metallic clang of the assembly line and the roar of automobile traffic were reflected in the clean-edged and streamlined forms of Art Deco, while architects such as Le Corbusier found inspiration in the new gods of machinery, industrialization, and technology.

The epicenter of all this creativity, as well as of the era’s good times, was that unsightly quarter known as Montparnasse.  There, impoverished artists and writers found colleagues and cafés, while tourists discovered, at least for a night or two, the wild escapades of their dreams.  A swelling population of expats, dubbed the “lost generation,” either found themselves or became permanently mired in a haze of fantasy and booze.  Escapism and creativity mingled for a decade in this fizzy atmosphere, until the tourists vastly outnumbered the locals, and the party came to an end.

Throughout the decade, the sheer hedonism of those with money and leisure contrasted starkly with the many who, in the war’s aftermath, struggled to rebuild their lives.  And, in an ominous counterpoint to the new in all its forms, including hairstyles, hemlines, and women in the workplace, gangs and armies of the extreme right emerged, seething in righteous indignation.            Rather than a decade of unmitigated bliss, les Années folles thus encompassed a striking degree of tension, a combustible mixture that produced not only a remarkable surge of creativity but also a ruthless attempt to annihilate whatever threatened tradition and order—a battle that would only escalate in the decade that followed.Type your paragraph here. 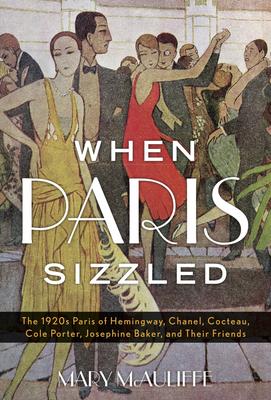