DOWN A HIDDEN STAIRCASE (excerpt from DOWN BELOW)

High on the slopes of Belleville, at the corner of Rue Augustin-Thierry and Rue Compans (19th) stands a mysterious small round building with a distinctive cupola. Windowless, and with its one solitary door bolted shut, it looks for all the world like a secret meeting place for some forgotten sect. But its true purpose turns out to be quite different from anything you might suppose. This small building is the Regard de la Lanterne, and it once presided over an ancient and important source of water—the medieval aqueduct of Belleville.

This is a story that takes one down hidden staircases and even unexpected manholes into the remains of a system that supplied Parisians with drinking water for hundreds of years. It reveals a side of Paris that today’s visitors, or even natives, might not even suspect. Because oddly enough, for a city built along a major river, Paris and Parisians have spent the better part of two thousand years battling a chronic lack of water.

In part, this was a problem of finding sufficiently clean water. But to a large extent, it was a matter of finding water at all. Those who lived beyond or above the banks of the Seine faced an everyday challenge of water supply. This grew infinitely worse during the summer, when the river—then much wider and shallower than today—sank into marshes and mud, leaving many Parisians quite literally high and dry.

So you’ve been exploring the shops and ateliers of the Viaduc des Arts (Avenue Daumesnil, 12th), and you’d like a break. Yes, you can stop for coffee or lunch at the Viaduc Café. Or you can rest and relax in the Promenade Plantée.

This delectable bit of greenery isn’t difficult to find. Look for a stairway—any of several—tucked between the Viaduc’s shops. Follow the steps upward and you’ll find yourself in another world—an extended garden that gracefully inhabits the right-of-way of the elevated railroad that once chugged back and forth here, between the Place de la Bastille and Vincennes.

Yes, you can rest beneath the arbors and even take a snooze. But if you’re inclined to walk, you have a great treat ahead. For this narrow urban oasis stretches imaginatively through a part of Paris you may not know, from the Viaduc’s first atelier, at the corner of Avenue Daumesnil and Rue de Lyon, right to the eastern edge of Paris.

Here, along the rooftops of the Viaduc des Arts, you will find an allée surrounded by arbors and trellises, comfortable benches and trees. Well designed and maintained, this Promenade rewards the stroller with unfolding variety, including an abundance of roses in season and two lavender-edged pools. Sit and relax a bit or saunter along, taking the opportunity to look out over this freshly rejuvenated part of the city. 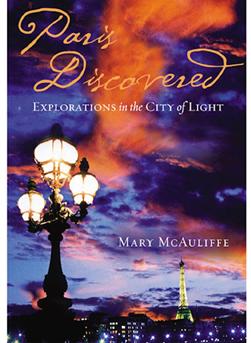